Who Should Be On The Move

Memo in his natural habitat… the bench.

With the transfer window opening up for much of the world, its time to see which Mexicans should be looking for new addresses. Here is my list of 4 players who should really push for a move, whether its a loan or permanent transfer. For once, this list will not include Chicharito, who has found a home at Bayer Leverkusen. Let’s see who is on my list…

Memo Ochoa:  We have been saying this for over a year now but with Piojo no longer the Mexico manager, a move will be even more important to his national team career. The latest rumors have him returning to Ligue 1 where he excelled with Ajaccio for 3 years. There are also rumors of Kameni being sold and clearing the way for him to be Malaga’s #1. Memo will need to put himself in a position where playing time is a possibility. Being relegated to the bench will likely mean he will be at home watching someone else be Mexico’s #1. 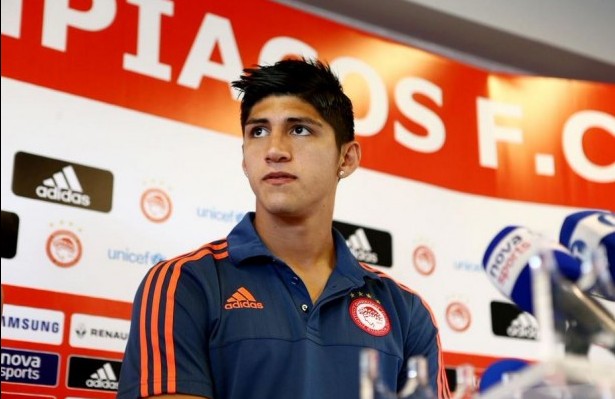 Alan Pulido:  Many have long grown tired of Pulido and the drama that has followed him. He is currently on the books at Olympiacos but has only seen 15 minutes of action this season. Since the 2014 World Cup, he has played less than 600 competitive minutes. Before the World Cup, Pulido was coming off a season that saw him score over 20 goals for Tigres. It is that potential that the national team is missing out on as his club career is stalling. He turns 25 in March and 2016 will go a long way in determining if his national team career has a chance at rebooting. The latest drama around Pulido has him wanting a move back to Mexico with Chivas. His twitter account is rife with him retweeting Chivas fans asking him to come. Apparently, Olympiacos are asking for a really high transfer fee. Whatever the case may be, the next move for Pulido has to involve consistent playing time at a competitive level.

Hirving Lozano: PSV allegedly made an offer this past summer of $7mil but Pachuca held on to one of their prized youngsters. Chucky is a player who could excel in the Eredivisie but Pachuca might be pricing him too high for Dutch clubs. As most Mexican clubs, they will want absolute top dollar for their academy product but Pachuca has shown a willingness to sell to Europe. They sold Herrera to Porto but kept 20% of his rights. A similar deal could be the solution for Lozano, where they sell him for a lower fee but keep a cut of a future sale. Pachuca has a few other highly touted youngsters, sooner or later, they will sell.

Jonathan Espericueta:  He produces every time he plays for Mexico but is yet to receive any sort of consistent playing time at Tigres. He was given the Silver Ball at the 2011 U17 WC and led Mexico to the U20 CONCACAF title in 2013. While fellow U17 teammate Carlos Fierro has over 100 LigaMX appearances to his name, Espericueta has only played 103 LigaMX minutes in his career. Espe has been getting minutes for Tigres’ U21 squad but first team minutes have proven more elusive. Tigres still value Espericueta but he is stuck behind a loaded squad with little chance of seeing the field. A broken bone in his foot hampered his loan to Villarreal B. The loan did not feature a buy option and it ended with him returning to Tigres. Espericueta is a perfect example of a talented Mexican youngster not being given the chance to see First division minutes. A loan elsewhere could do him wonders.

Theme by Anders Noren — Up ↑